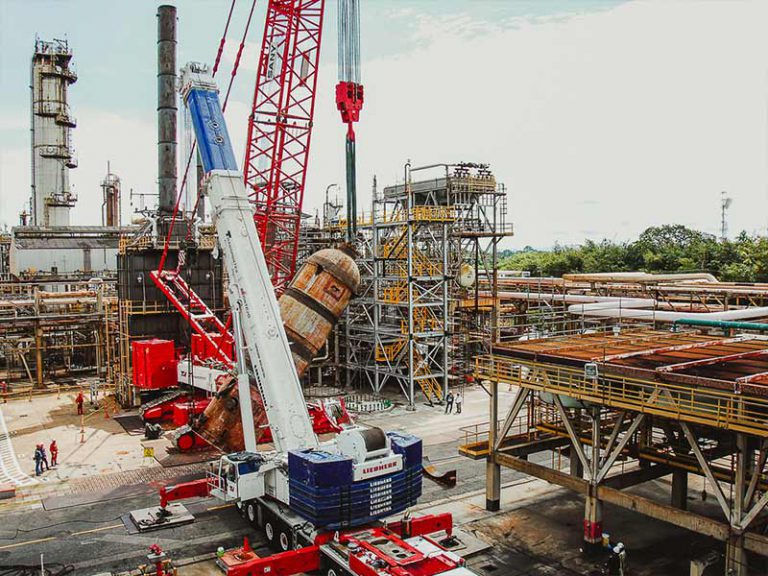 A reactor was transported and installed for the ecopetrol plant in Barrancabermeja.

Project carried out in mid 2020, one month of continuous operation for which personnel (7 people)

A reactor was transported and installed for the ecopetrol plant in Barrancabermeja. Transportes Montejo moved the

Several mining shovels have been transported throughout this year 2020 and previous years. This machinery is

This dome was transported from Cartagena to Cali for the client Incauca. Main difficulties: Road “la

The transportation of 7 transformers from San Jerónimo Antioquia to Heliconias was executed. Main difficulties: The